A surprise from Church Ladies Down Under!

Your blog hostesses received a surprise in the mail yesterday from our Australian counterparts: a package containing bottles of Golden Syrup (you're right, ladies, we hadn't seen that before), 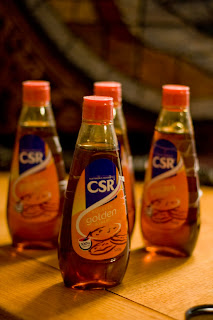 and a cookbook from the Country Women's Association of Australia, 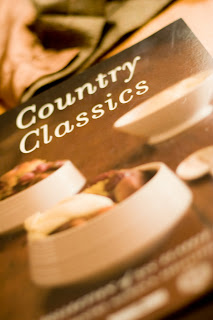 containing such delightful-sounding recipes as "Puffaloonies", and several ingredients with strange names that we had to google (they turned out to be pretty common things like golden raisins and peppers). 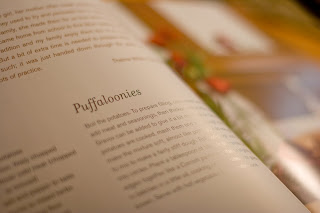 The card enclosed with the package said (in part), "N.B. pages 170 & 172 for ANZAC biscuits, originally invented to sustain the soldiers of the Australia and New Zealand Army Corps." Naturally, that was the first recipe we tried, with delightful results. 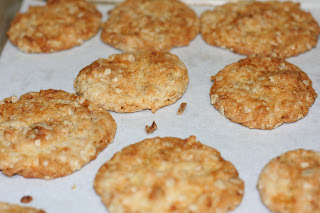 Many thanks to you, Rosalind and Lucy, for your wonderful gift! It is much appreciated, and we'll be drinking a cup of tea to your health and saying a rosary for your intentions! 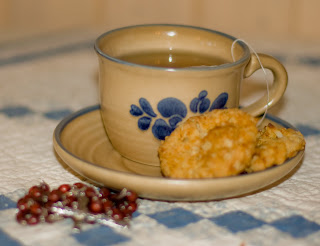 Golden syrup! A classic from my London childhood!

The enclosed card specifically notes Anzac Biscuits ("originally invented to sustain the soldiers of the Australia and New Zealand Army Corps")and I have to admit, my first thought was of hardtack (an American Civil War counterpart). Fortunately, I soon remembered that biscuits=cookies, and I discovered that this recipe=fantastic!

Thank you for the Rosary!

Golden syrup goes really well on porridge (or oats) on cold winter mornings. Of course, in the old days we had to prise open the tins with a spoon.