Needlenthread.com has been running a series of lessons for working a long-and-short stitch sampler in DMC floss. Why might this be of particular interest to Church Ladies? Despite the prosaic name (it's also known as needlepainting), long-and-short stitch is the basic technique used to produce, for example:

(Source)
and, in a more modern example, parts of this:

(Source)
Have a look, and make sure to click on the source links for more pictures!
Posted by Thérèse at 1:32 PM 1 comment:

Happy Feast of the Assumption! 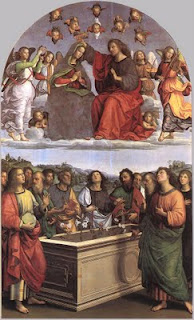 Raphael, The Crowning of the Virgin
Last night I attended services at an Eastern Orthodox Church. They commemorate the Assumption (Dormition) of Mary in a beautiful way. If you have ever attended All Souls' Day Mass in the Extraordinary Form, you might have seen a catafalque. This coffin symbolizes the souls of all the dead commemorated at that requiem. Likewise, the Orthodox decorate an image of her dormition with flowers to commemorate Mary's empty tomb and her entrance into heaven. 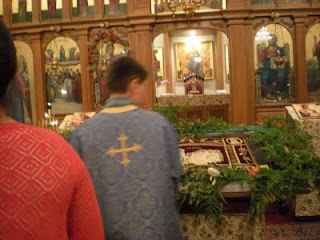 Neither the tomb, nor death, could hold the Theotokos,
Who is constant in prayer and our firm hope in her intercessions.
For being the Mother of Life,
She was translated to life by the One who dwelt in her virginal womb!
Posted by Lucy at 7:42 AM 1 comment:

WASHINGTON—Some were nurses. Many were educators. Still others cared for orphans, the elderly, the mentally ill. But all were women religious enduring the communist regime in Eastern Europe after World War II.

Their story is told in “Interrupted Lives: Catholic Sisters Under European Communism,” a one-hour documentary distributed on Sunday, September 13 to ABC-TV stations and affiliates (Check local listings. Scheduling is at the discretion of the local station.)

Interrupted Lives explores the experiences of Greek and Roman Catholic Sisters of Eastern and Central Europe sisters who at the end of World War II were trapped under Soviet domination as Josef Stalin seized control. 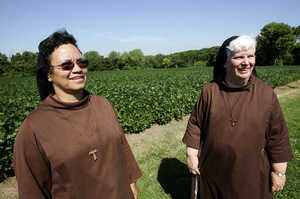 Sister Catarina da Silva glanced out the window as she and Sister Connie Boulch prepared to go to morning prayers just before 7 a.m. Thursday at the St. Francis of the Holy Eucharist convent in north Independence.

There, in the middle of a soybean field, was a man carrying a rifle, a handsaw and a pair of boxing gloves.

“People just don’t drive up there unless they know where they are going or unless they are lost,” said Sister Connie, a 59-year-old Sugar Creek native who has been a nun for 33 years.

They jumped into Sister Connie’s white Honda Civic and drove down to the field, which is convent property, to see whether the man was lost or maybe hunting illegally.

“He thought he was in trouble with two nuns coming towards him,” said Sister Catarina, 49, a native of Brazil.

The man was out of breath. When Sister Connie asked him what he was doing in the area, he said he was cutting through the field from a friend’s house.

That didn’t sound right. There are few homes in the area, and the man could not come up with the name of his friend.

He dropped the rifle, handsaw and boxing gloves and ran.

Sister Catarina, who was wearing her brown, ankle-length habit and favorite pair of plastic flip-flops, ran after him. The pursuit stretched across the soybean field and covered about a quarter mile.

“For whatever reason, we were not afraid of him,” Sister Connie said.

Sister Catarina said she was up for the chase.

Sister Connie, who by then had pulled out her cell phone and dialed 911, said: “I thought she might catch him because she is a good runner and he was already tired.”

Police arrested the man in a wooded area just east of the convent in the 700 block of Dickinson Road.

“It was a great effort on everyone’s part, the community coming together,” said Officer Tom Gentry, a spokesman for the Independence police. “They did what they felt was a positive thing, but we certainly don’t want folks to confront criminals.”

Afterward, the nuns said they planned to pray for the burglary suspect, who had not been charged Thursday afternoon. He is thought to have broken into a nearby house.

“I will pray that his life changes so that he doesn’t come to the point when he needs to steal or he needs to break into people’s houses,” Sister Connie said.

Kansas City Star article
Video
Posted by Lucy at 7:33 AM No comments:

What Our Grandmothers Knew 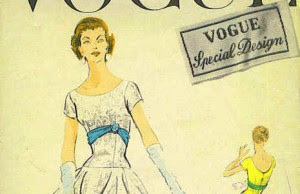 Every woman is unique and possesses her own set of physical attributes that set her apart and make her shine. This is just as true today as it was then. The difference, I believe, is that the women of my grandmother’s generation knew how to play to their strengths and do so without sacrificing their self-respect.

My grandmother and her friends seem to have mastered that art form and I fear that with each passing generation some of their secrets are being lost. While I imagine it might take a lifetime to learn all the tricks they had up their sleeves, there are three simple skills—Selection, Quality and Care— that are easy to learn and will take us far in our pursuit of dignified dressing.
[full article] 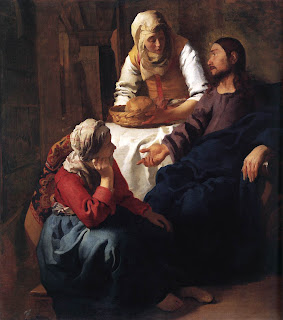 Christ in the House of Martha and Mary, Vermeer
"The Nun" by Dame Felicitas Corrigan, OSB
Nevertheless, there is a difference in the roles of parent and nun- they are complementary and need each other. If a young woman feels called to make a radical and exclusive renunciation of all subordinate goals, however lawful- and notably the joys of husband and home, she does so in the name and for the sake of the entire Church; at the same time, common sense points out that without fathers, mothers, and family life, there would be no potential priests, monks, or nuns. So the score is 50-50. One the one hand, Mary witnesses to the Absolute, to God's unchanging transcendence; on the other hand, Martha applies all her energies to building on earth the City of God.

Jamie on The Feast of St Martha
Sometimes in my kitchen I get these glimpses of what holy hospitality is like. Sometimes I realize that my ego is getting in the way again, making it about the food and not about loving service. Always, from Edinburgh to the Midwest to the East Coast and back again, St. Martha with her basket of bread has been nearby as a gentle reminder to keep on choosing the better part. [full post]
Posted by Lucy at 7:58 AM No comments: 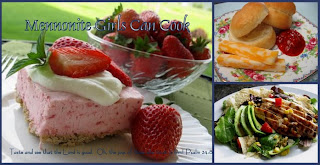 It is about HOSPITALITY versus entertaining.
It is about BLESSING versus. impressing.

It is about taking God's Bounty, and co-creating the goodness from God's creation into something that we can bless our family and friends with, to help sustain our health and energy. From a simple and rustic recipe, to everyday ingredients made into a thing of beauty.

No matter which way you look at it, wonderful things happen when given the opportunity to gather around the table.

A chance to nurture and build relationships, to fellowship and encourage one another.
To create a place of refuge for those who have had a stressful day.
Posted by Lucy at 7:43 AM No comments:

The Church in culture 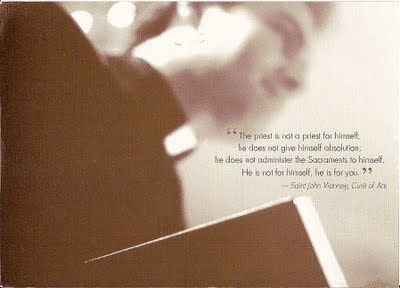 Save the Date card for the St Francis Seminary Rector's Dinner 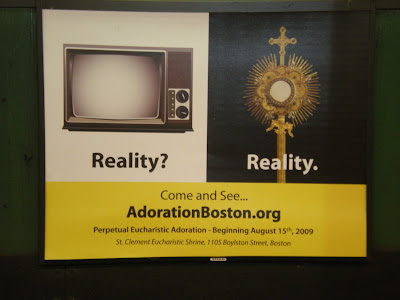 Subway advertisement for Adoration
Posted by Lucy at 7:38 AM 1 comment: