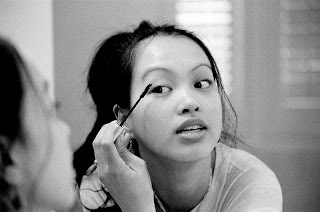 Trafficking victims -- called "survivors" by advocates -- are considered modern-day slaves by law enforcement officials and outreach workers alike. For the traffickers, the motivating factor is money. For the trafficked, the dream is a better life, but it never becomes so.

Worldwide trafficking networks involve systems where individuals are recruited for an honest wage for an honest day's work as they pursue financial independence and freedom. Once in place, usually outside their home country, victims end up under the control of one individual, with their freedom restricted and their safety usually threatened.

98 nonprofits across the U.S. and its territories ... have been subcontracted by Migration and Refugee Services of the U.S. Conference of Catholic Bishops to provide vital services to foreign-born trafficking victims once they are identified. [CNS]

What is the extent of the problem?
The U.S. State Department estimates that 600,000 - 800,000 men, women, and children are trafficked across international borders each year and approximately 14,500 – 17,500 of them are trafficked into the U.S. annually. Based on estimates by the U.S. government of the numbers of all trafficking victims and comparing those figures with widely cited figures of foreign-born children in the sex trade in the United States, USCCB/MRS estimates conservatively about one-third of foreign born victims trafficked into the country are children.