Soup books for a winter's day

We've had a mild fall and winter so far, but a warm bowl of soup has still been appreciated, especially on days when it was just warm enough to turn off the furnace. Here are a few soup books that I have found inspirational: 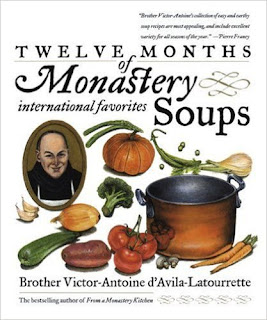 As a young wife, I learned so much about frugality from this book, especially about making stock, so I now give this book as wedding shower present. Each month's chapter features seasonal produce. When I have a certain vegetable that I need to use up, I often find myself flipping to the index to locate one of the many recipes for each vegetable. The recipes are simple, and sometimes could benefit from some Maillard reaction and a heavier hand with seasoning. I often end up sauteing the base vegetables before adding the liquid. Almost all recipes are meatless. Also of interest is the Catholic origin of soup kitchens included in the introduction. 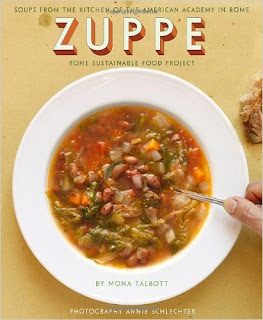 This compilation of recipes from the American Academy in Rome is organized by season. The recipes excel in drawing maximum flavor from easily available vegetables and pantry staples. I was initially daunted by the amount of time needed to prepare some of these recipes until I realized that I could start the legumes simmering in the slow cooker and add the remaining sauteed ingredients closer to meal time (a few of these will be shared on Lenten Fridays). Most recipes are meatless and freeze well. Soup: A Way of Life by Barbara Kafka

I thoroughly enjoyed the narrative of this book, although I found the recipes were either well known or called for ingredients not available in my small town. 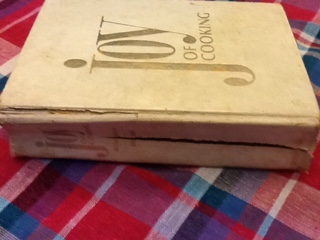 The Joy of Cooking by Irma Rombauer

My well loved copy of The Joy of Cooking (1981 edition) was a gift from Margaret Mary. While some of the soup recipes are of the "dump three cans together" variety, the book also includes soup recipes that have either fallen out of the collective memory or may not be popular in your region, such as Manhattan Clam Chowder.

All books were either purchased myself or checked out from the public library.
Posted by Lucy at 2:41 PM