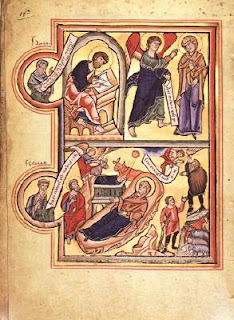 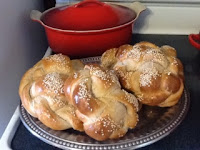 Elizabeth was a lifelong friend of the poor and gave herself entirely to relieving the hungry. She ordered that one of her castle should be converted into a hospital in which she gathered many of the weak and feeble. She generously gave alms to all who were in need, not only in that place but in all the territories of her husband’s empire. She spent all her own revenue from her husband’s four principalities, and finally she sold her luxurious possessions and rich clothes for the sake of the poor. (Conrad of Marburg, her confessor)

Image top: The Charity of St Elizabeth, Bartolomeo Schedoni, 1611
Image bottom: The Prayer Book of St Elizabeth of Hungary, 1220
Posted by Lucy at 9:00 AM